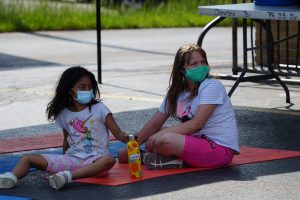 Message to Parents about Homeland Security

School districts throughout Lucas County have been asked to comply with requests made by the Northwest Ohio Regional Terrorism Task Force, the local agency charged with maintaining the safety and security of citizens in our area. The RTTF has asked schools to close in the event a Threat Level Red is declared by the United States Department of Homeland Security.

Should a Threat Level Red Be Announced:

How can you help?

Advise your child’s school if there are any recent changes to your child’s emergency medical information. Also, in order to keep phone lines open for possible communications from Regional Terrorism Task Force personnel, districts are asking for your cooperation in not calling the schools.